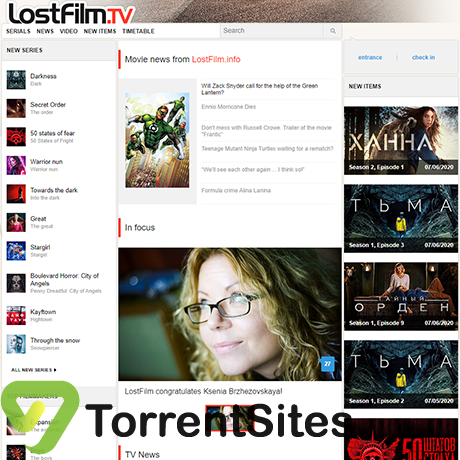 The volume of open trackers has gone down considerably because most of them have been brought down due to copyright infringement. And thus these platforms were forced to change the way they operate. Lostfilm is one such tracker that made a swift transition from an open torrent tracker site to a news and gossip portal. However, it still offers torrents and paid services to its registered members.

LostFilm is a Russian tracker turned gossip website that provides users with information about all the top news, and TV shows. Around five years ago, LostFilm was purely a torrent tracking site, however, after being reported by Warner Bros, it was forced to cease its operation as a torrent site. However, instead of quitting, LostFilm transitioned into a gossip platform where users could find news, rumors, and other content and disguised its main operation under private membership.

For any torrent related site to be safe for browsing, it needs to have an SSL certificate, which LostFilm does have. By using tools such as SEOQuake and MOZ, you can easily check the credibility of a website by gauging Domain Score (DS) and Trust Score (TS). Based on my research, LostFilm has a domain score of 24 and a trust score of 36 which is extraordinary. LostFilm has been able to develop a positive reputation after switching its business model. Unlike torrent sites that have a hard time building a rapport with search engines, LostFilm’s calculative decision has certainly proved to be fruitful.

What should you expect from LostFilm?

Multiple Genres – LostFilm has a massive database of TV shows, documentaries, mini-series, and news. If you want to read about films, you can do so by choosing your preferred genre. There are nearly two dozen genres on the website including ‘Biographical’, ‘Action’, ‘Western’, ‘Military’, ‘Detective’, ‘Drama’, ‘Historical’, ‘Comedy’, ‘Comics’, ‘Crime’, ‘Melodrama’, ‘Mystic’, ‘Musical’, ‘Science Fiction’, ‘Adventure’, ‘Sports’, ‘Family’, ‘Thriller’, ‘Horror’, and ‘Fantasy’.

As you can see these topics are based on user-interest and it’s much easier to find a title using these options as they are specific in nature. For instance, if you want to watch a Zombie movie, you can do so without having to conduct prior research. This in my opinion is quite a standout feature.

Free To Access – Most private trackers make it really hard for new users to join a reputed tracker. LostFilm is quite the opposite of that. It’s a publicly available website that you can browse from anywhere around the world. You don’t need to register yourself on the platform to access the content. The best part of this website is that there’s nothing illegal on the website and thus even anti-torrentors can browse the website without any hesitation.

Sign-up For Content – It’s clever how the developers have concealed the actual content material in two tiny options on the homepage. I’m not sure if the site still stores any content but there are two options to register and log on to the platform. Here’s where LostFilm might offer torrents and other files that it used to deal with earlier. But I’m not quite sure and I didn’t feel like risking a sign-up. So, that’s something you might need to try yourself.

LostFilm has a massive community. As a platform, it attracts more than 11 million users a month. Just by its sheer traffic volume, it is able to rank #5,026 with direct traffic of 93%. This is a sign that Lostfilm is not your average torrent platform but a well-established name. Direct searches mean that users know about the brand and they no longer need to rely on a search engine for it.

An average user visits 4.51 pages before bouncing off the website. In terms of engagement, LostFilm does surpass all my expectations. Due to the incredible user interaction, it is able to maintain an avg. visit duration of 8.40 minutes and a commendable bounce rate of 33.87%.

You can access LostFilm by searching for the term ‘LostFilm.tv’ in your search engine. Alternatively, if you want to access the platform directly, you can use the following link: LostFilm. Remember, there are various extensions of the website and thus using the link is the easiest way of finding the website and downloading the content.

Before you access LostFilm, it’s important for you to know that protecting your IP and your device should be your priority. Most of the time when you engage in illegal content downloading, your IP can be tracked by your ISP and the local authorities. In order to avoid any trouble, it’s important that you stream anonymously when you’re accessing such platforms. That’s the reason why using a VPN is highly recommended. This will help protect your data and your identity from hackers as well as regulatory authorities.

LostFilm has a compelling design. I’m more impressed with the content arrangement than the actual color combination, which is quite basic. The moment you visit the site, you’ll realize that there’s no torrent on it. There are four vertical columns, each of which has a specific content panel. Towards the left, you’ll find a list of ‘New Series’. At the center, you’ll find news from ‘LostFilm.info’, and besides that, you’ll find an option to check out new items.

Header – The header section on LostFilm.tv has five options – ‘Serials’, ‘News’, ‘Videos’, ‘New Items’, ‘Timetable’. Other than that, you’ll find a ‘Search bar’ towards the right. I like how everything on the website has been compartmentalized. So the header itself is in a unique box followed by the search bar and the hero section.

Inner Pages – The inner pages are well-designed keeping user experience in mind. Towards the left, you’ll find a long list of genres and on the right, you’ll find TV shows arranged in alphabetical order. Besides that, yet again, you’ll find the ‘New items’ section along with ‘Entrance’, and ‘Check-in’ options. On the content page, you’ll find a massive banner along with crucial information such as ‘Overview’, ‘Series Guide’, ‘News’, ‘Video’, ‘Photo’, ‘Cast’, and ‘IMDb Rating’.

Content – LostFilm has an incredible database of TV shows. Some of the popular TV shows that I found on the site included ‘Warrior Run’, ‘Secret Order’, ‘The Walking Dead’, ‘Towards the Dark’, ‘Great’, ‘Darkness’, ‘Expansion’, ‘Taboo’, ‘Lucifer’, ‘Boys’, ‘Yellowstone’, ‘Last Kingdom’, ‘Loading’, ‘Hacksters’, ‘The Witcher’, ‘Dare Me’, ‘The Mandalorian’, ‘Watchmen’, ‘Living with Yourself’, ‘Undone’, ‘Prodigal Son’, ‘Chernobyl’, ‘When They See Us’, and ‘The Boys’.

LostFilm offers a comprehensive browsing and navigation experience for both desktop and mobile devices. Since it has a responsive website, you can access it from your phone without any compromise.

LostFilm even has an official app that can notify you about the release of new episodes. For users who are part of the private group, they can receive notifications about the latest content. And thus, this is a sign that you can still find torrents on this website.

Suggestions I have for LostFilm

Though I love everything about this platform, it does fall short in several places. First, it needs to set-up better ads keeping the user experience in mind. The banner ad at the top looks hideous. Secondly, there’s not enough buzz about its torrent operations even in the underground community such as TorrentInvites, TorrentFreak, or InviteScene, which I believe can be improved.

Most of the private tracking sites have high entry barriers. That’s the reason why most people settle for open trackers. In addition to entering the website, you also need to stay active and keep uploading, participating, and seeding the content. Failure to do so can impact your ratio which ultimately can restrict you to a lower user class. People who can’t be active every month and just want a platform where they can download content as per their will, LostFilm is the best option out there. 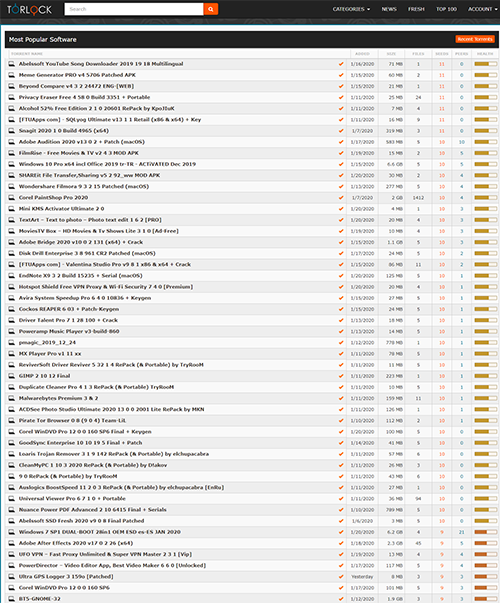 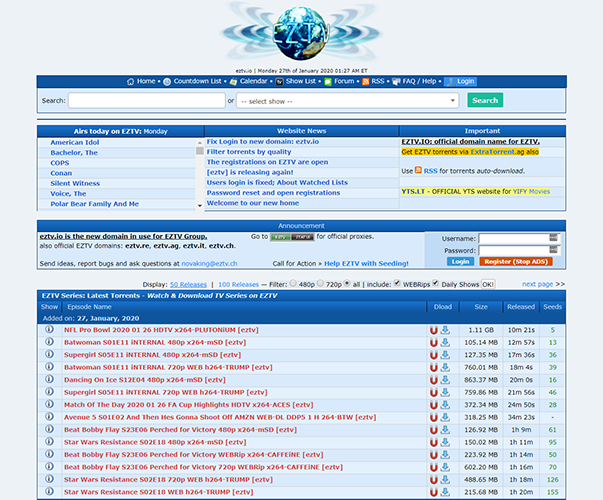 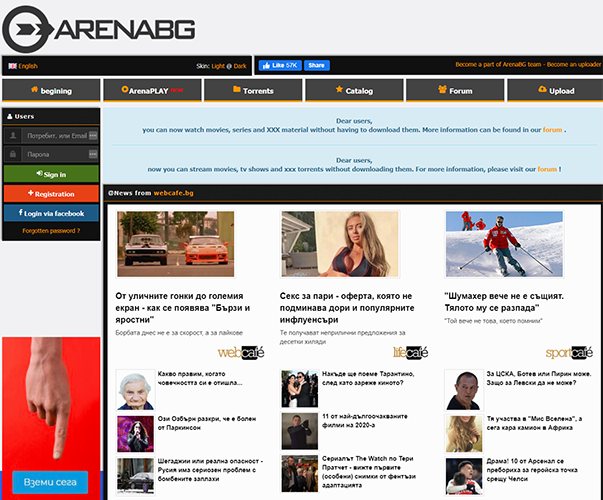 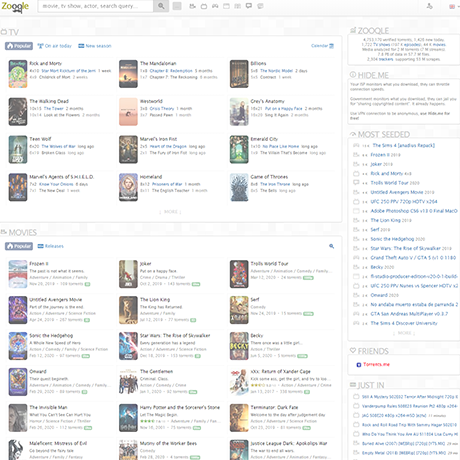 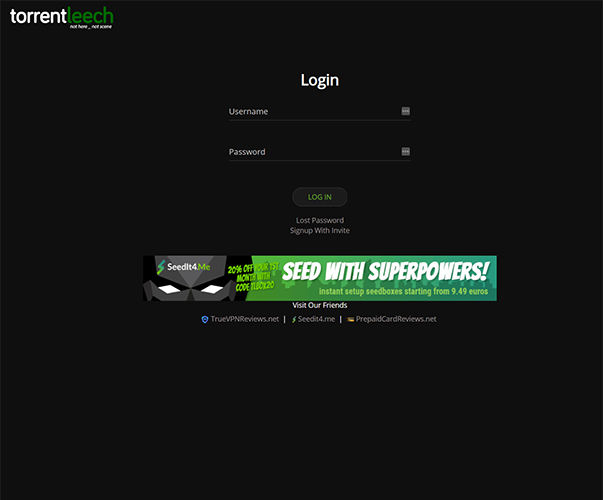 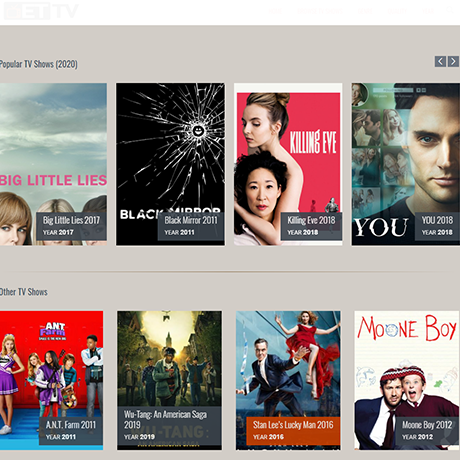