categories
Visit NordVPN
Back to home 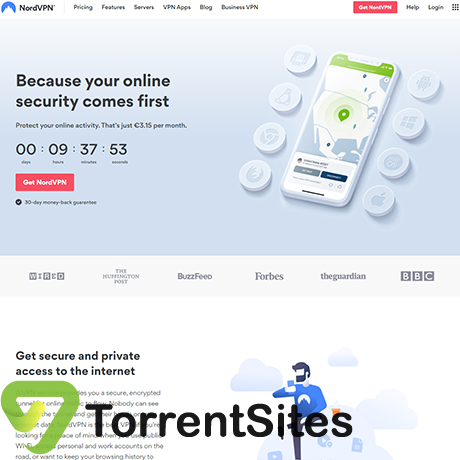 Finding the perfect VPN for torrenting is not always an easy task. Not only are there so many different VPNs out there for you to choose from, but it can be difficult sometimes to comb through all of the technical specs to discern which ones are going to allow for a better, faster, and more effective torrenting experience. Plus, there are so many privacy concerns to take into account, how are we supposed to know which torrenting VPNs are actually going above and beyond to protect, encrypt, and anonymize our data?

If this isn’t your first time looking into finding the right VPN for torrenting, then there is a good chance that you have come across Nord VPN at one point or another. It is, after all, one of the most popular, trusted, reputable, and high-performance VPNs for torrenting in existence. Nord has done a great job, I think, at positioning themselves in the tech world. They are well advertised, distinctly branded, and known the world over for providing a high-quality VPN service.

If you are looking for top-notch privacy, lightning fast download speeds, thousands of global servers to choose from, cross-platform accessibility, simultaneous use on multiple devices, a strict no-logs policy, and ultimate control over when and where your data is being encrypted, Nord VPN is the perfect torrenting VPN for you. Nord is probably one of the most P2P friendly VPNs there are, offering up hundreds of servers that are dedicated to being able to shoulder large files.

Has Nord VPN always been this great? Is this a recent development? Where does this company come from? These are all great questions that can provide priceless insights into a software such as this one – the kinds of things that you won’t be able to find on their home page or marketing materials. Let’s dive into the history of Nord, shall we, and see if there are any blemishes on its record that we should know about.

According to the Nord VPN website, the company was started by “four childhood friends.” Their mission was a lofty one: to “liberate the internet.” Having spent a great deal of time in various places around the world, the founders of Nord VPN saw the full extent of internet censorship, content control, and intrusive surveillance carried out by governments on their own citizens. The group collectively began to feel as if the internet was losing track of its initial purpose, so they began brainstorming ways in which they could solve this problem.

This led the group to set up their first VPN server in 2012, and they shared it with their friends. Upon receiving an overwhelming amount of positive feedback, this group of friends was inspired to grow and continue their work. From there, Nord VPN gradually expanded, and today the service boasts a whopping 14 million customers worldwide.

The only issue worth noting with Nord VPN comes in the form of a security breach that took place in 2018. An independent security advisor announced on Twitter in October of 2019 that there had been a compromised Nord server, which led to the leaking of a private key. The cyber attack granted root access to the attackers, which they then used to generate an HTTPS certificate. By using this certificate, the hackers were able to perform a series of “man in the middle” attacks, intercepting Nord users’ communications of Nord users.

Upon this security breach coming to light, Nord later did confirm that a server had been compromised in 2018. The company took a lot of heat, though, for withholding this crucial information from the public and its customers for so long. Nord VPN blamed the data center in question, though, claiming that it had failed to inform Nord until April of 2019. In response, Nord ended their relationship with said data center.

2019 was not a great year for Nord. In a separate incident, roughly 2,000 usernames and passwords of Nord VPN users were exposed in a credential stuffing attack.

I don’t say this to turn you off of Nord VPN. I just want you to be aware of the company’s history, so that you can make the most informed decision possible.

Nord VPN offers a very clean, neat, professional, and user-friendly layout across all devices. Overall, I quite like the look and feel of Nord VPN. It is intuitive, minimalistic, and about as simple as it gets. All you have to do is click on the power button to connect, shut it off to disconnect. It doesn’t get any easier than that.

There is also a list of servers, of course, for you to choose from. Expand or collapse this dropdown menu with but a click. Another cool design quirk of Nord is the fact that you can also select servers from a map interface (in case you are more of a visual person). Scroll around the whole world in search of the perfect private server for you. I think that this lends the VPN a more personable and interactive feel than most VPN software that I have seen.

Whether you have been using VPNs for years or Nord is the first one you ever try out, you will be able to figure out the interface in no time. I think Nord VPN offers one of the sleekest and most impressive app designs on the VPN market today.

Nord VPN packs a punch in the features department – especially if you are looking for a VPN for torrenting. Nord offers everything you expect from a VPN, as well as plenty of unexpected pleasant surprises.

Safe, anonymous, secure internet – When torrenting, privacy and anonymity can be a huge concern. You don’t want any prying eyes on your data – whether it is your ISP, a would-be hacker, or the government – and Nord VPN encrypts and anonymizes your data instantly once you connect to one of their thousands of private servers. Nobody has to ever see what it is that you are doing online again.

Super-Fast Download Speeds, Upload Speeds, and Streaming – Nord VPN offers some of the fastest private servers in the world. With torrent-specific servers ready to be connected to, you’d be hard pressed to find a better VPN for torrenting. In fact, the same can be said of streaming or browsing the web in general. No matter what you’re doing, Nord VPN’s servers are high-performance and high speed.

Strict No Logs Policy – Unlike other torrenting VPNs, Nord never tracks, collects, or shares your private data in any way whatsoever. It is surprising, actually, how rare it is to find a VPN for torrenting that has a no log policy like this one.

A Vast Array of Private Servers – Few VPNs come close to providing the same scope of servers as Nord. With over 5400 servers available, located in 59 different countries, your options for privacy are boundaryless.

24/7 Customer Support – An oft overlooked feature of VPN services is their customer support capabilities. I am happy to report, however, that Nord offers live chat customer support 24 hours a day, 7 days a week.

And So, So, Much More – Honestly, the list of excellent and useful features available to Nord VPN customers goes on and on. For added protection, for example, Nord is compatible with the Tor browser; Nord offers IP masking, double encryption, malware and ad blockers, and convenient browser extensions as well. Frankly, I can’t see many reasons not to use Nord VPN for torrenting.

In addition to excellent desktop apps for Mac, Linux, and Windows, Nord VPN is also available on all mobile devices, including iOS and Android. Plus, a somewhat unique offering, you can also use Nord VPN on your Android TV.

The mobile experience is just as good as the desktop one, in my opinion (if not better). It is, again, impeccably clean, minimalistic, user-friendly, and intuitive from installation to server selection.

Nord VPN is pretty on par, price wise, with the other top-tier VPNs for torrenting that are out there. Whatever you pay gets you all of Nord’s features; the difference is in what payment structure you choose. The options are as follows:

So, as you can see, you save a hell of a lot of money the longer you commit. Unfortunately, as seems to be the case with most VPNs, when you choose the longer plan, you have to pay the full amount up front. Calling it a per month payment, in other words, is slightly misleading.

Your location from and identity IP is exposed due to .
Always use a VPN while torrenting. Get PrivadoVPN for Free! 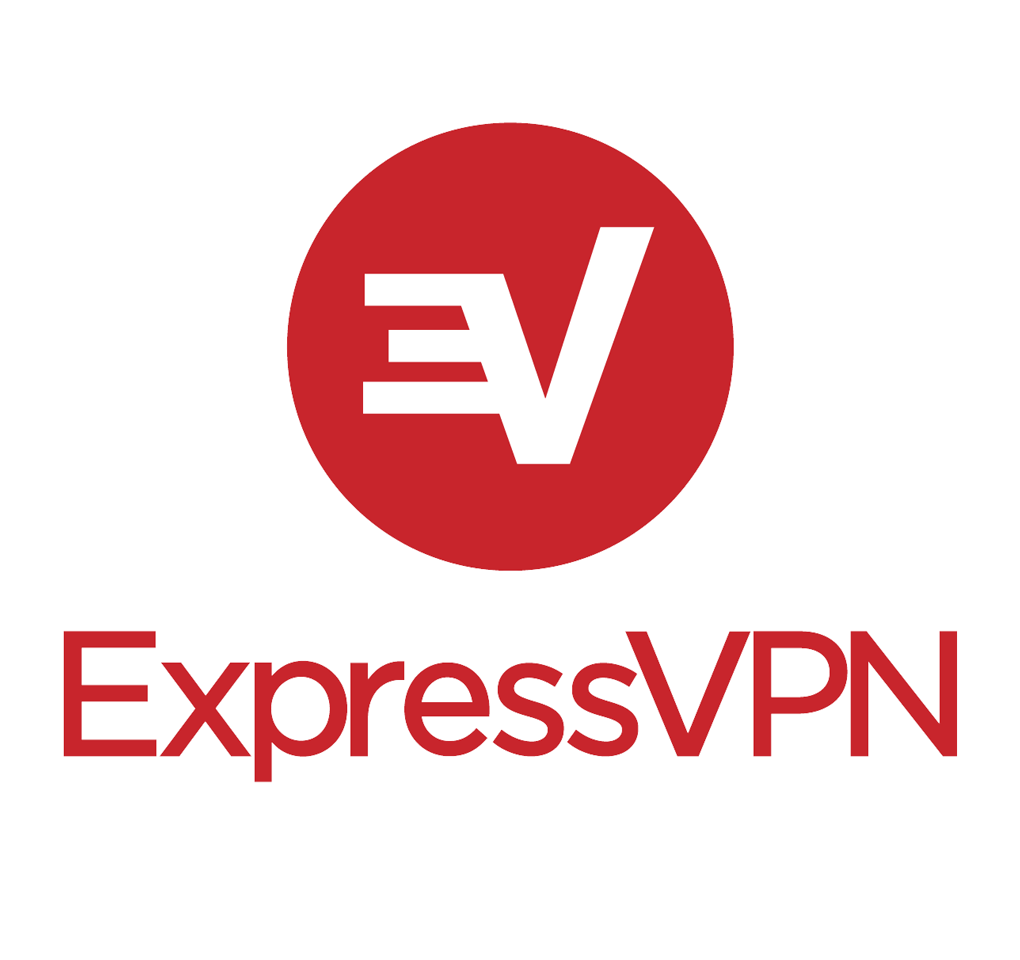