categories
Visit PrivateInternetAccess
Back to home 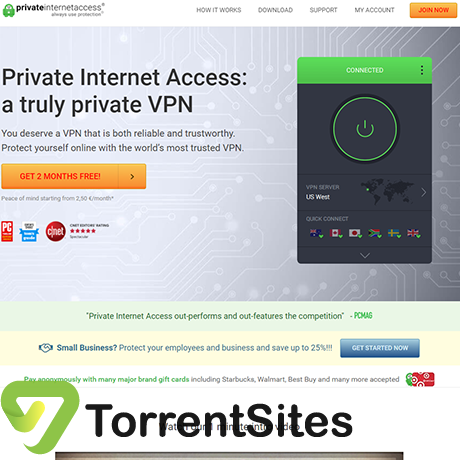 What do you prioritize when you are looking for a new VPN for torrenting? Perhaps your number one concern when finding the right Virtual Private Network is, well, privacy. I can’t say I blame you. At the end of the day, that is precisely what a VPN is for, is it not? If a VPN can’t deliver its end of the bargain on keeping your data private, secure, encrypted, and your IP address anonymous, what good is it? Some VPNs, of course, have better track records when it comes to securing your data than others.

There are many ways in which a VPN can earn my trust. One is through utilizing the top of the line encryption. This would be military grade encryption, AES 250. This is a must. Thankfully, almost every VPN on the market offers this as a baseline. Furthermore, though, I prefer a VPN that does not keep any logs. A strict no logs policy can make or break a VPN, in my opinion. If a service also submits to independent privacy audits, all the better. Anything that a company can do to prove to me that they do, in fact, have my privacy and well-being in mind, the better.

A close second to full privacy and encryption, for me, is download speed. As you may assume, my biggest concern when I am auditioning VPNs is whether they will be able to perform well enough for me to torrent at the same rate that I normally would. Therefore, I need a VPN for torrenting that offers lightning fast download speeds. Ideally, the VPN for torrenting that you use will be so good that you won’t even know you’re using it … that is the goal.

One of the most popular VPNs for torrenting has a simple and easy to remember name: Private Internet Access. This VPNs name should be your first indication that this service is no-nonsense. There is very little in the way of branding or marketing gimmicks to speak of with this one. A lot of VPNs like to go arguably overboard with their branding (probably because there is not a whole lot to their interfaces themselves, so they need to spice it up elsewhere).

Private Internet Access, on the other hand, does not feel the need to do this. Instead, they seem to be primarily focused on providing a serious and effective VPN with lots of cool, unique, and useful features (more on these later). As one of the most P2P friendly VPNs on the market, Private Internet Access is definitely a VPN for torrenting that should be on your radar.

But enough beating around the bush … let’s dive in and take a closer look at everything Private Internet Access has to offer (there’s quite a bit), as well as whether it is the right VPN for you.

Private Internet Access has only had one real moment of controversy. Luckily, it didn’t have to do with a data breach. The closest thing to a scandal to come out of this company took the form of its being acquired by Kape Technologies in 2019, which also owns competitor VPNs Cyber Ghost and Zen Mate. Longtime users and fans of Private Internet Access were not crazy about this because of the fact that Kape Technologies (back when it was known as Crosssrider) used to be somewhat notorious for developing internet browser extensions that were bundled with Potentially Unwanted Programs (which is, of course, never cool).

Here’s to hoping that Kape Technologies, though, has learned its lesson. At any rate, Private Internet Access is certainly in good company now, being run alongside VPNs as solid as Cyber Ghost and Zen Mate. Since the acquisition, it doesn’t appear as if anything shady has gone down at Private Internet Access – so, smooth sailing thus far.

In November of 2019, Kape Technologies acquired Private Internet Access, which has definitely resulted in a surge of popularity in the VPN.

Once again, much like its name and its branding, Private Internet Access’s interface and design is free of frills. You don’t get much in the way of a user experience, but sometimes that is a good thing. With something like a VPN, frankly, you don’t need much. Some VPNs try to make their interface interactive and fun and colorful. To that, I ask, why? Why are VPNs attempting to be more than what they are (or should be): powerful privacy software that encrypt and secure your data and anonymity while also making it safe and easy to torrent?

This is why I am a fan of Private Internet Access’s design. It’s simple, it’s very minimalistic, it’s easy to use, and it’s one of the most intuitive programs that I have ever seen, VPN or not. Essentially, the app is split into 3 main sections. The top is reserved for your power button – with just a single click, you can connect or disconnect from your VPN at will.

Then there are two slimmer tabs below: 1 allowing you to choose your server country selection, and another where you can see both your IP address and the IP address that people will associate your activity with (a VPN address). This VPN’s design is concrete, it is clean, and it is straight forward – all traits of an excellent VPN user experience.

No more annoyance, no more threats – This is a great VPN for torrenting because it also comes with built-in ad blockers, anti-malware software, and tracker blockers. Torrent anonymously and without any malware worries.

Impressive number of servers, locations, and simultaneous connections – Private Internet Access offers 17,246 servers, located in 74 different countries. I am yet to encounter a VPN that offers a greater number of servers. The closest second that I have seen is sister VPN Cyber Ghost, which maxes out at around 6,400. The trade-off, though, for more servers comes in the form of fewer countries. That being said, 74 countries should be more than enough for most of us.

Private Internet Access also offers 10 simultaneous connections. This number, too, is on the high end (some offer as few as 5).

Cloud storage encryption – A truly unique feature, PIA also offers cloud storage encryption. Although this is an add-on feature, it is still a great option to have (especially if you do a lot of online business). Protect and encrypt your personal and professional files on Drop Box, iCloud, and Google Drive with this powerful VPN.

Torrent friendly – The cherry on top: PIA is one of the best VPNs for torrenting that you can find because, well, they are compatible with P2P (not every VPN is, believe it or not). There are servers available on PIA that are specifically devoted to torrenting. So, get ready to anonymously and securely start torrenting today.

The only drawback? I think that upload and download speeds could be improved in many regions. This is not the fastest VPN on the market, but it gets the job done.

In addition to offering sleek and user-friendly programs for Mac and PC, Private Internet Access has equally smooth interfaces on their Android and iOS apps. Tap the app, tap the power button, and enjoy total online peace of mind. That’s all there is to it. The service is also available for Linux and as Chrome, Firefox, and Opera extensions.

PIA is on the average side when it comes to its pricing and plans (slightly more expensive, perhaps, than some of its competitors). Here are the plans available: 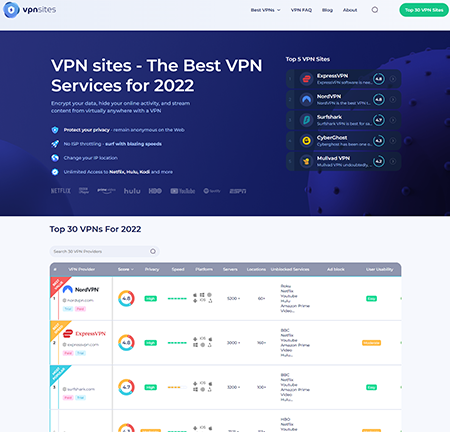